Notices for the Week of October 8th - 14th 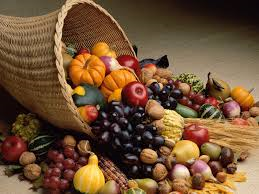 Church Decorating Thank you to members of the altar guild who came to prepare the church for Harvest. Your hard work is very much appreciated.

Concert and Tea November 18th On Saturday afternoon, November 18th beginning at 1:30pm, St. Helen's is pleased to present our organist and choir director, Mr. Mathew Ma in concert with Soprano, Lambroula Pappas.  Following the concert in the church, tea will be served in the upper hall.  Both the concert and tea are included in the ticket price of $15 per person.  Tickets will soon be available.  This is a great opportunity to invite friends and family

Flowers for the Altar People have asked about making donations toward the flowers.  Here is some information in a question and answer format.
Why Flowers? Flowers are placed at the altar each week to beautify the church and as a reminder of God's creativity and generosity to us. It reminds of the resurrection of our Lord Jesus Christ and the promise of new life given to us.
When? People most often donate these flowers in memory of a loved one.  The information about this is placed in the Sunday service sheet and prayed for as we remember those who have died in the intercessions.  People also donate the altar flowers in thanks for a special event such as a marriage, a birthday, an anniversary, or graduation. Really, it can be whatever your wish it to be.
Which Sunday? - You may wish to donate the flowers for a particular Sunday that is closely associated with the memorial or thanksgiving.  It does not matter if there is more than one person contributing to the flowers on any given Sunday.  The cost of the flowers is spread over the whole year including Sundays when there has not been a particular sponsorship.
How Much? - Please remember you are making a donation to the church.  Please make your cheque or cash donation in an envelope and place it in the offering plate on any Sunday.  Please mark the envelope 'Altar Flowers'.  Please mention the date for which the flowers are intended as well. Of course, please donate what you think you can afford but in various conversations, a $25 donation will go a long way in helping to defray the cost of the flowers each week.
What Now?  If you would like to contribute to the flowers and have the memorial or thanksgiving placed in the intercessions, please speak with Heather Herd who will take the details to pass on to be placed in the Sunday notices.  A week before the designated Sunday, Brownee Hamilton will call you to remind you that on the upcoming Sunday your thanksgiving or memorial will be in the intercessions and in the service sheet.  If you have not already made a donation to the flowers, your donation will be very much appreciated on that Sunday.  If you have any questions, please speak with Heather Herd.  If you are not sure who Heather is, please ask the Rector.

Church and Hall Heating Systems and Electrical Work  A message from the Wardens and Treasurer: Over this year our heating systems in the church and in the hall have had to have repairs well above the amount allowed for in our budget.  Both the furnace and boiler have kept up with our heating needs very well but, from time to time, they do require more than the simple regular maintenance.  This has been the year for that extra maintenance.  In addition, the church has required some electrical work to be done particularly for the vestry area.  We are asking everyone at St. Helen's to make an extra donation in order to meet the costs of these repairs.  The funds from our regular giving envelopes, Christmas Bazaar, and other fundraisers etc. between now and the end of the year are already allocated to meet our budget.  We are asking for donations over and above your regular giving to meet this need of about $3000.  Please mark your envelope 'Special Appeal'  We know the people of St. Helen's always step up to the plate when asked.  So thank you in advance for your generosity.

Perfumes and Scents in the Church and Parish Hall In recent years we have all heard of the problems associated with breathing and the triggers that cause people real difficulties.  In the last year, a number of parishioners have approached the wardens and rector in reference to their own difficulty breathing.  The difficulty comes when members of the congregation, including both men and women, are wearing scents, colognes, and perfumes to church and other events in the parish hall.  For some people, the throat begins to close or constrict and breathing become can become severely restricted.  This, of course, is quite serious, very scary, and can easily lead to a medical emergency.  It has nothing to do with disliking a particular fragrance or scent.  The church council discussed this concern at its meeting on September 19th.Â  The result is that the council is requesting members of the congregation, of their own volition, to refrain from using perfumes, colognes, and scents so that others who are easily affected may breathe easy.  We hope everyone will be understanding of this.

Jam time - Don't forget our Christmas Bazaar will be held on Nov 25th.  It may seem like a long way off but time has this habit of whipping by!  Now is not too soon to begin preparations. With all the wonderful fruits and vegetables in season please think of the pantry stall. Jams, jellies, pickles, relishes, chutneys etc. are all needed and welcomed.  Thank you! If you have jars or need jars speak to Jacquie Stinson (604-517-4661)

The St. Helen's International Parish Dinner has been postponed and will be held in late January.  Our timing is a little tight to hold it this fall.

Holy Days and Commemorations this Week
Edward the Confessor 13 October - King of England, 1066 - Commemoration
Today we remember Edward, a king of England who died in 1066 and was called â€œthe Confessorâ€ because of his religious devotion and many pious works. He spent much of his early life in exile with his mother in France because a Danish invader had killed his father and older brother and usurped the Anglo-Saxon throne. But when the usurper died without a credible heir, the English recalled Edward and asked him to be their sovereign. He proved to be a cautious ruler who rarely left his palace and preferred anything or anyone French over English ways. But he also had the wiliness of a survivor and managed to out-manoeuvre the ambitious earls of his kingdom, so that England enjoyed twenty-two years of relative peace. Edward devoted a good deal of his royal income to the relief of the poor and the protection of the ordinary folk, and he lavished enormous amounts on the Church. He was responsible for the building of Westminster Abbey, which was consecrated in 1065 and eventually became the place where Englandâ€™s kings and queens received their coronation. Unlike his father and older brother, Edward managed to die in his own bed rather than on the battlefield. But because of an ill-considered promise made to Duke William of Normandy many years earlier, his immediate bequest to England was a confused succession and, in its wake, the Norman Conquest.Â  The Norman kings, in fact, were the major advocates of Edwardâ€™s canonization; and we commemorate their success in this cause, by remembering him on the day in 1163 when his Norman successors moved his remains to a splendid shrine in Westminster Abbey.

Hymn Notes - Come, Ye Thankful People, Come This hymn was written in rural England in the mid-nineteenth century, when the life of the village during the winter depended on the bounty of the autumn harvest. While the first stanza of this hymn rejoices over the harvest, the last three stanzas expound on the reminder this image gives of the Parable of the Wheat and the Weeds in Matthew 13.  The second stanza closes with a brief prayer that God would enable those who sing to be true Christian disciples.  The hymn concludes with a prayer that the final harvest at His Second Coming would happen soon.  The hymn is really a more sobering text and may have been intended to provoke Christians to consider whether they are truly people of God (represented by the wheat in Jesus' parable of Matthew 13), or merely lookalikes (represented by the weeds also called tares in some translations).