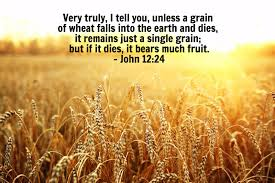 Supper & Movie Night – Thank you to those Kelly Foulds and others who organized the movie night.  A wonderful time was had by everyone.

Messy Church for Holy Week – We are planning a Messy Church gathering on Saturday, March 24th beginning at 3pm.  We will be 1/Making palm crosses, 2/ Getting ready for the stations of the cross on Good Friday 2/ Preparing the Easter Garden 3/ Experiencing the Last Supper 4/ Singing songs of praise 5 Eating supper together

St. Helen’s ACW is again preparing for their annual BUNNY RUN.  On Monday, March 26th , the ladies will go to the Surrey Food Bank and hand out Easter Gifts to the children and grandchildren of those in need in our community.  St Helen’s, as a congregation, have always been most supportive in this outreach ministry. If you would like to support this ministry, donations of small story books, colouring books, crayons, stickers, new, small to medium-sized stuffed animals, games and chalk for children ages 2 to 10 years old would be most welcome.   No candy or chocolate needed.  If you have questions or would like to make a cash donation, please speak to Wendy Russell. Thank you!

Easter Flowers – We are now collecting offerings for our Easter flowers.  You may place your Easter flower donations in an envelope in the offering plate. If a cheque, please make it out to St. Helen’s Anglican Church and in the memo field and on your envelope please mark ‘Easter Flowers’.  If you are giving them in memory of someone, or in thanksgiving, please include the information for the Easter service sheet in the envelope which will be passed on to the office.

Looking Ahead to Holy Week and Easter
Who are you going to invite to come with you to experience our celebration of the Resurrection?  Each service is special and encapsulates an important aspect of Holy Week.

Holy Saturday March 31st
6pm – Lighting of the New Fire and Easter Vigil with readings and hymns, renewal of baptism vows and the first Eucharist of Easter.  Finger food and champagne follow.

Easter Sunday – The Day of Resurrection – April 1st
7am Gathering around the fire and songs of praise to greet the risen Lord
8am – A Progressive Festival Eucharist  - We begin outdoors at the fire and hear the story of the resurrection, we progress to the font to renew our baptismal vows, we progress to the sanctuary to celebrate the Eucharist.  Following the service we enjoy a continental breakfast of boiled eggs, hot cross buns, croissants, and fruit.

10am – The Holy Eucharist - Our main service to celebrate the resurrection.  We gather our whole faith community to sing God’s praise and offer thanksgiving in the Holy Eucharist.  Refreshments and fellowship follow.

Voice Recital - A Very Special Event – On Saturday, April 7th, St. Helen’s will host a Voice Recital showcasing students of Lambroula Pappas and Elizabeth Cushnie.  Our Music Director, Matthew Ma will be the accompanist.  Matthew already accompanies these students as they perform in music festivals and other musical productions. This event is intended to be an opportunity for these students to present their repertoire to an audience, to strengthen their presentation, and showcase their talent.  This is a small fundraiser for St. Helen’s in support of our own music program.  Entrance to this event is by donation.  The suggested donation is $10.  Everyone is welcome and we encourage you to invite your friends to come and enjoy the voices of these young talented singers.

Don’t Forget! For updates on what is happening at St. Helen’s go to both our Facebook Page and our website.  Current information is put up on these pages each week. The web addresses are: Parish Website:  www.sthelensurrey.ca Parish Facebook Page: www.facebook.com/sainthelensurrey

Saints and Commemorations this Week
Cuthbert - March 20 - Bishop of Lindisfarne, Missionary, 687
Today we honour the memory of Cuthbert, a monk and bishop who worked as a pastoral missionary in seventh-century Northumbria. He entered Melrose abbey around the year 651 and from there began his evangelistic work in the surrounding countryside. After several years in the field he retired to Lindisfarne, an island off the northeastern coast of England, in order to practise the silence and secrecy of the hermit’s life of contemplation. But he still visited the mainland in regular missionary pilgrimages, often spending up to a month at a time away from his island cell. The Venerable Bede later noted that Cuthbert “used especially to make for those places and preach in those villages that were far away on steep and rugged mountains, which others dreaded to visit and whose poverty and ignorance kept other teachers away.” Even after he was made bishop of Lindisfarne in the year 684, he continued to alternate between the hidden labours of prayer on his island retreat and the strenuous work of missionary journeys on the mainland. He died three years later, and his body was eventually laid to rest in Durham cathedral, where vast numbers of pilgrims visited his shrine throughout the Middle Ages.

Thomas Cranmer 21 March Archbishop of Canterbury, 1556 Thomas Cranmer was a Cambridge scholar who became archbishop of Canterbury in 1533 and guided the Church of England through its first two decades of independence from the Papacy. When he assumed his office he was already committed to protestant views, but political conditions forced him to keep his sympathies a secret. For over a decade he studied the issues which divided not only protestants from Catholics, but also the protestant movement itself. His studies bore fruit when the political situation allowed him to begin serious reformation of the liturgy. He had a large hand in drafting The Book of Common Prayer, which was authorized in 1549. Three years later he oversaw a second edition of this Book, which he revised in such a way as to make its protestant doctrine unmistakable. Soon afterwards he and his Prayer Book were overtaken by events when Queen Mary I came to the throne and restored England to communion with the Pope. Cranmer was imprisoned and endured a long, humiliating trial for heresy, at the end of which he recanted his protestant opinions in hopes of clemency. The Queen refused to hear his pleas, and he was burned at the stake on this day in the year 1556. As the flames licked around him, he thrust out his right hand — the hand which had signed his earlier recantations — so that it might be the first to be burned; and that was the posture in which the onlookers last saw him, as the fire engulfed his body.

Thomas Ken 22 March Bishop of Bath and Wells, 1711 Today we remember Thomas Ken, a spiritual leader in the seventeenth-century Church of England, who became bishop of Bath and Wells and suffered both deprivation and ostracism because he chose conscience over political expedience. Ordained priest in 1662, he spent most of the next twenty years in the diocese of Winchester. He served two times as pastor in the slum of St John’s in the Soke, where his earnest care for the whole life of his parishioners, physical as well as spiritual, brought many who had been abandoned by the Church back to the life of prayer and sacraments. In 1685 he was appointed to the see of Bath and Wells, where he took special care to issue booklets designed to help the widest number of his flock in forming a daily discipline of prayer and Christian action. He also gave a living example —“When he was at home on Sundays he would have twelve poor men or women to dine with him in his hall, always endeavouring while he fed their bodies to comfort their spirits by some cheerful discourse. . . . And when they had dined, the remainder was divided among them to carry home to their families.” Ken had only three years in this ministry before the Revolution of 1688 overtook him. He joined six other bishops in refusing to take the oath of allegiance to the new regime. When Parliament passed an Act depriving them of their jurisdictions, Ken and the others refused to resign their canonical titles — thus creating a schism in the Church of England. He himself did nothing to further the schism, but spent the last twenty-one years of his life in retirement. Just before his death he sought to do what he could to heal the breach of unity: he renounced his claims upon the see of Bath and Wells, and once again received communion in the established Church of England. Thus, the final act of his life was for the welfare and peace of the Church he loved.