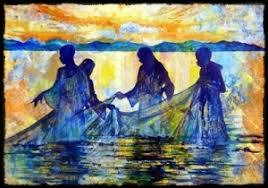 A Big Thank You goes out to: Les Foulds, Roy Francis, and Anil Richards for their work on extending the storage closet in the upper hall.  It should be completed by the end of the week.

Film Shoot – You will have noticed some equipment around the church grounds.  Late last week we had a filming request that we have been able to accommodate.  There will be filming taking place on Monday and a wrap up of equipment on Tuesday.

International Food Fair!! – Tickets Available Now!! Saturday, February 3rd beginning at 5:30pm  As you know St. Helen’s has a great representation of people from many cultural backgrounds. A food fair is a great way to celebrate our diversity, who we are as an Anglican faith community, and, at the same time, raise some money.  This is a ticketed event but the tickets are FREE.  But we hope people will make a donation at the door to help defray the costs.  We plan to serve traditional food from about a dozen countries. There will also be an Auction of services and a 50/50 draw.  Wine and beer will also be available for purchase. Our core team is made up of Simon Lee, Jean Robertson, Fil Sotana, and Jacquie Stinson.  If you can help out in any way, please speak with one of them.  Your hands would be very welcome.

Bottle Drive next Sunday, Jan 28th:  Kelly & Les will be delivering all our deposit recyclables to the recycling depot. Please bring in all yours to go. They need to be left outside the lower hall door before or immediately after the service on this date only please.

Lunch Bunch takes place Tuesday, February 6th in the upper hall.  Gathering is from 11:45 am and we eat shortly after that.  Cost is $6 per person.

Annual Vestry Meeting & Reports – The parish council has set the date for our annual meeting as February 25th, 2018 following the 10 am service.  At this time we will receive reports for all our various groups in the parish and elect officers and parish council for 2018.  Please get the report you are responsible for to the Rector or one of the wardens as a Word document no later than January 31st so the reports may be collated and distributed.  Sending your report by email (at the parish email address) is the best way to get in. If you are unsure if you are to submit a report, here is a list of some of the reports we are expecting: Warden’s Report         Finance Report           Property Report Grounds Report / Building Maintenance Report Sunday School Report Anglican Church Women (ACW) Altar Guild      Choir               Prayer Circle Cemetery         RMIT -Tri-Parish

Lenten Gatherings at St. Helen’s Please sign up for our Lenten Study which, this year is:
Meeting Jesus in the Gospel of John. Have you ever wished to deepen your relationship with God? To experience a warm friendship with God? Maybe even fall in love with God – again – or for the very first time? Our Lenten gatherings will be using a beautiful prayer journal, one for each participant and the gatherings for conversation will be facilitated once each week during Lent.  Meeting Jesus in the Gospel of John is a six-week journey into deeper intimacy with God through praying with the words of John the Evangelist. This beautiful 60-page journal inspires meditation on a daily verse from John, encouraging participants to respond through words, images, or however the Spirit leads. You can also subscribe online to receive a daily short video in which a monastic brother from the Society of Saint John the Evangelist shares comments on the daily Gospel verse, having a relationship with Jesus, and possibilities for further reflection.

Don’t Forget! For updates on what is happening at St. Helen’s go to both our Facebook Page and our website.  Current information is put up on these pages each week. The web addresses are:

Reflections on a Hymn – Fred Kaan (writer of ‘Worship the Lord’) Kaan (1929 – 2009) was one of the major hymn writers in the 20th century, and was a significant force in the hymnwriting explosion of the 1960s. He and his contemporaries were truly trailblazers, because while the church had spread through the world by this point, the international Christian church wasn’t globally connected and unified until the 20th century, thanks in large part to the improvements in communication methods. As the church connected, so did its music, and these hymn writers stepped up. While the Wesleys were global hymnwriters in the sense that their traditional, Anglican-heritage hymns were sent out into the world with missionaries, Kaan and his contemporaries were writing hymns for the global church, as a part of the global church. They addressed contemporary global issues, they wrote for many countries, many nationalities, many traditions, and they worked to unify those faith communities within the international Christian church. Kaan was born in Haarlem, Netherlands in 1929. He was baptized but did not attend church as a child; this was profoundly changed by the experience of living through Nazi occupation. He watched three of his grandparents die of starvation, he witnessed his own parents’ deep involvement in the resistance movement; his father as a neighborhood commander, his mother as a gun-runner, and his family sheltered a Jewish woman in their home for 2 1/2 years. Immediately after the war, he became a committed pacifist and began attending church with some friends, becoming confirmed in 1947. He went directly to seminary, and was ordained in the British Congregationalist church. At his very first church, an earnest young man informed him that he was leaving the church. Kaan asked him why, and the man replied, “Because the hymns don’t send me any longer.”  Kaan realized that if the music of the church doesn’t move us, then “the mission of the church is then seriously impaired and mission– after all– is what the church exists for.” This incident struck a chord with him, and he began to listen to hymns with a more critical ear. It was during his ministry at Pilgrim Church in Plymouth that he started to get frustrated with the inadequacies of the hymnals, of not finding what he needed, and he began to write his own texts. As he says, I have never consciously aspired or deliberately aimed at becoming a hymn writer; you see here before you the most surprised hymn writer in the world. …I simply tried to respond to and to reflect the commitment of that remarkable congregation, namely, to try and proclaim and live the Gospel in the modern city, in words and decisions that could be understood. It was through this practice of writing hymns simply for his congregation that he began to live into his Reformed heritage and training: the ministers of the historical Reformed church have a practice of writing hymns that would follow and sum up the sermons they preached. Kaan ended up becoming a part of this practice out of a simple frustration for not finding the hymns he needed in the hymnal.  From the Website: Organists Do It With Pedals

Saints and Commemorations - Agnes - 21 January - Martyr at Rome, c. 304 — Commemoration Today we honour St. Agnes, who was martyred at Rome around the year 304 and is said to have been only twelve years old when she suffered for her confession of the Lord Jesus Christ. The traditional accounts of her martyrdom agree that she was arrested and brought before a pagan judge, and when he tried to coax her into renouncing the Christian faith, she answered him with an assurance that was far above her years. Her boldness enfuriated the judge and he sentenced her to death — some accounts say by being burned at the stake, others say by beheading. What truly matters to the Church is not the manner of her death, but the maturity of faith displayed in so young a child. Some eighty years after her death Ambrose of Milan wrote: “Everyone marvelled that Agnes was so spendthrift with her life, which she had hardly tasted, but was now giving up as though she had finished with it. All were astounded that she should come forward as a witness to God when she was still too young to be her own mistress. So she succeeded in convincing others of her testimony about God, though her testimony in human affairs could not yet be accepted. The onlookers believed that she had received from God what could not come from humans; for what is beyond the power of nature must come from its Creator.” From: For All the Saints (published by the Anglican Church of Canada)